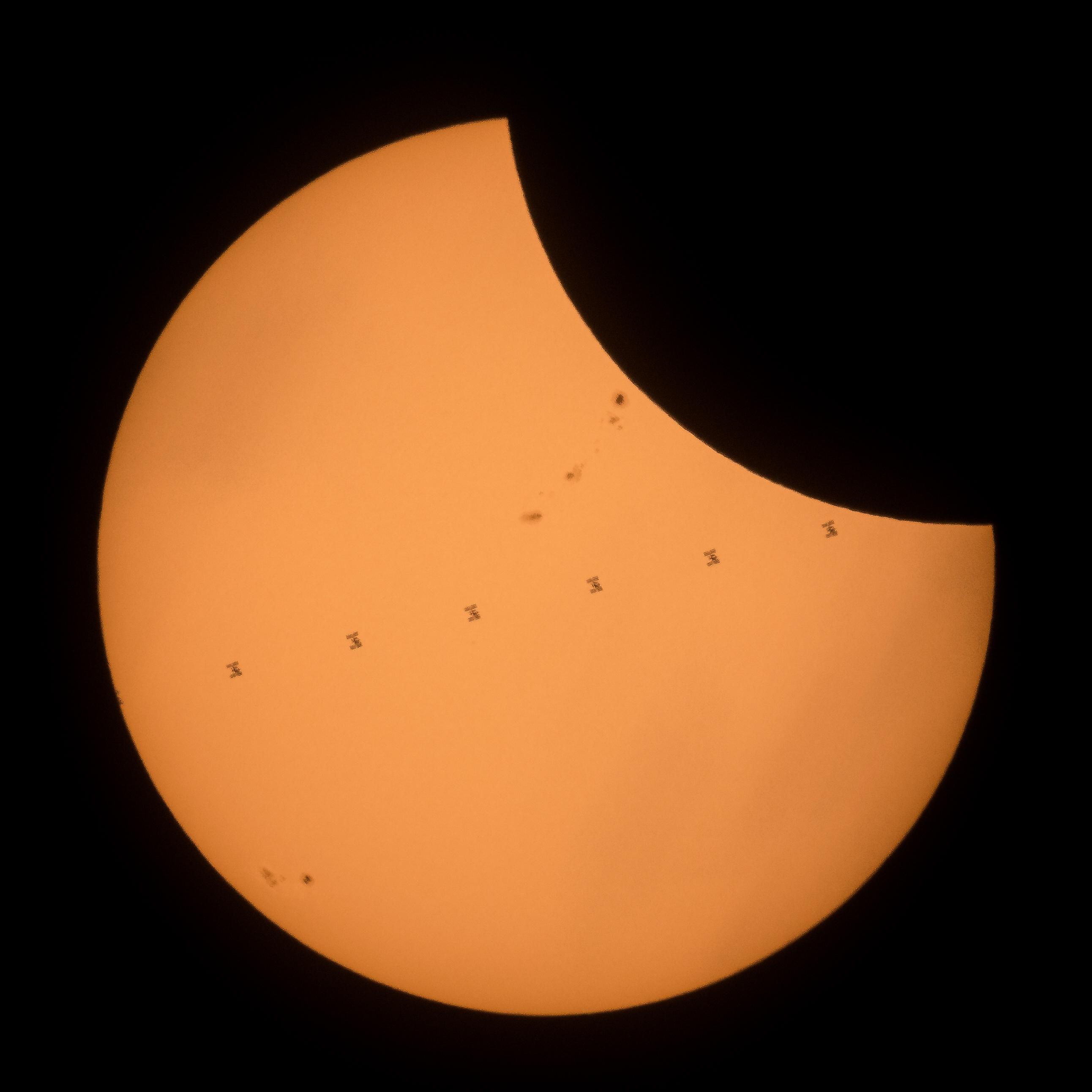 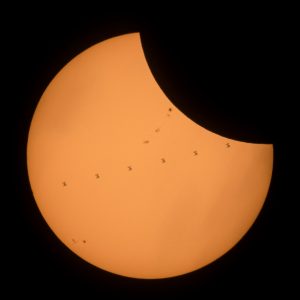 This composite image, made from seven frames, shows the International Space Station, with a crew of six onboard, as it transits the Sun at roughly five miles per second during a partial solar eclipse, Monday, Aug. 21, 2017 near Banner, Wyoming. Photo Credit: (NASA/Joel Kowsky) 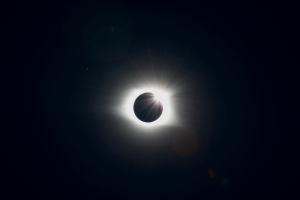